Fall brings cooler weather, autumn leaves, and a new crop of pests that might be plaguing your Missouri home. Two of the most notorious are orb weaver spiders and yellow jacket wasps. The former are known for their large webs and the latter for their yellow and black striped abdomen.While cartoonish in appearance, these pests are all trick and no treat. Here’s what you need to know about orb weaver spiders and yellow jacket wasps this season.

It is fitting that orb weaver spiders are a common problem in the fall, because these big arachnids do your Halloween decorating for you. They get their name from the orb-shaped webs they weave, which you may spot on the side of your house. Because they are nocturnal, expect them to spend most of their time hiding out of sight. To make them even more frightening, here’s a freaky fact: the female orb weaver often devours her male partner after they have mated!

Thankfully, orb weaver spiders aren’t dangerous to humans—they only bite when provoked, and the sensation is unpleasant but not lethal. This doesn’t mean they aren’t a nuisance, though. A few female orb weavers in your home could easily turn into an infestation of thousands when their egg sacs hatch in the spring. If you notice an unsettling number of webs in and around your home, a professional pest control service can help. 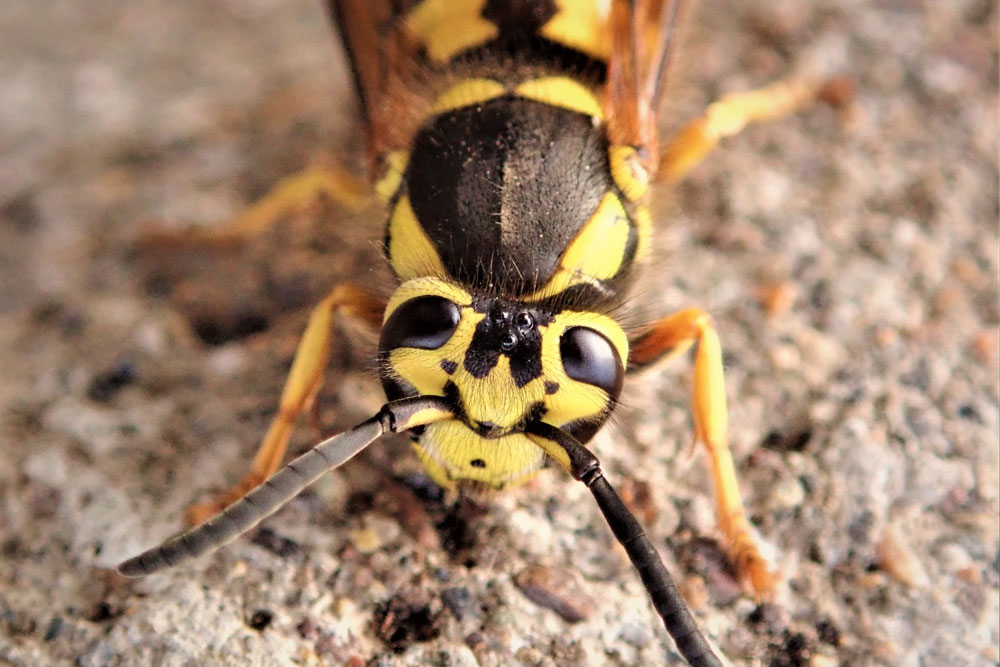 Another common fall pest in Missouri is the yellow jacket. Though it features yellow and white stripes like the honeybee, this wasp is slightly smaller and can sting multiple times. The stings are painful, and if a person has a severe allergy to the venom, they can be life-threatening.

Yellow jackets often nest in the ground, making their home in abandoned mole runs or other holes. As you might imagine, running over one of these hidden nests is a lawn mower’s nightmare, as it can result in multiple stings from dozens of aggressive wasps wanting to defend their colony. Yellow jackets are also known to nest in the siding of houses, in the crevices around doors and windows, in wall voids, and even at the base of bushes in the landscaping. They are very territorial, which means that a nearby nest can ruin outdoor recreation or even make it hard for a person to walk past on a sidewalk without being stung.

You should never attempt to remove a yellow jacket nest on your own. These wasps become aggressive when threatened, so any wrong move can result in dozens of painful, potentially life-threatening stings. If you have an infestation, contact a pest control professional today.

Are you dealing with orb weaver spiders or yellow jacket wasps this fall? McCarthy Pest & Termite Control can help. With our six-point inspection process, we evaluate every angle of the problem to come up with a customized solution for your home. We deal with the infestation at hand, but we also prep your home to prevent future ones. Don’t let these fall pests ruin the last of your outdoor fun or become a winter nightmare—call McCarthy Pest & Termite Control today.